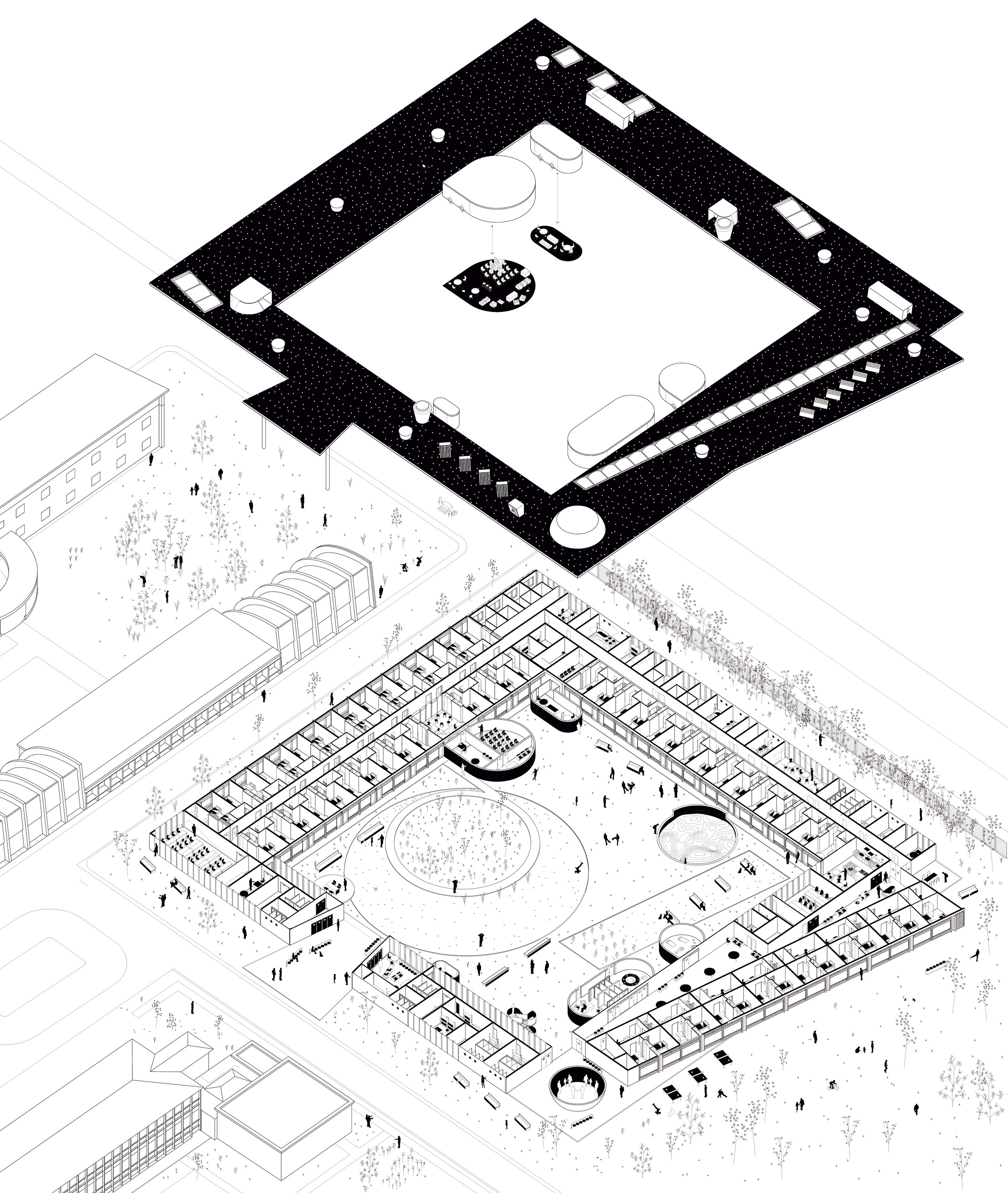 {A Saucerful of Secrets}

Three architectural strategies have been strictly followed during the design of this project: on the one hand a programmatic differentiation of the four units; on the other hand, their encounter of under a common technical roof that incorporates the main facilities; finally, the qualification of a large central void: a courtyard, a common space around which the project is organized as a framework of a controlled nature at the service of the residents of the new building for the Plasencia Social-Health Center.

Instead of fragmenting the building into four separate blocks… the four programmatic units have been arranged around a vast central void, around a patio that is the center of residents’ lives. The four units are arranged in such a way that they optimize their relationships, but always ensuring their independence and differentiation.

The building is deliberately arranged in one floor. As a consequence, the roof is light and its structure is simple. Taking advantage of this condition, the proposed roof design does not only cover the interior spaces, but also serves as a support for the Installations. The reinforced concrete slab of the roof behaves as a “motherboard” into which Air Units, Solar Panels, Tanks, and other technologies are “plugged in”.

The central space of the project, its main piece, is characterized by the possibility of constant reprogramming. It is a space that is lived in a different way throughout the day and year … An interior plaza that is capable of accommodating multiple uses at different times. A common garden, a controlled nature to which the rooms of the different units of the project look. A space to meet. A space to forget. A deliberate void… 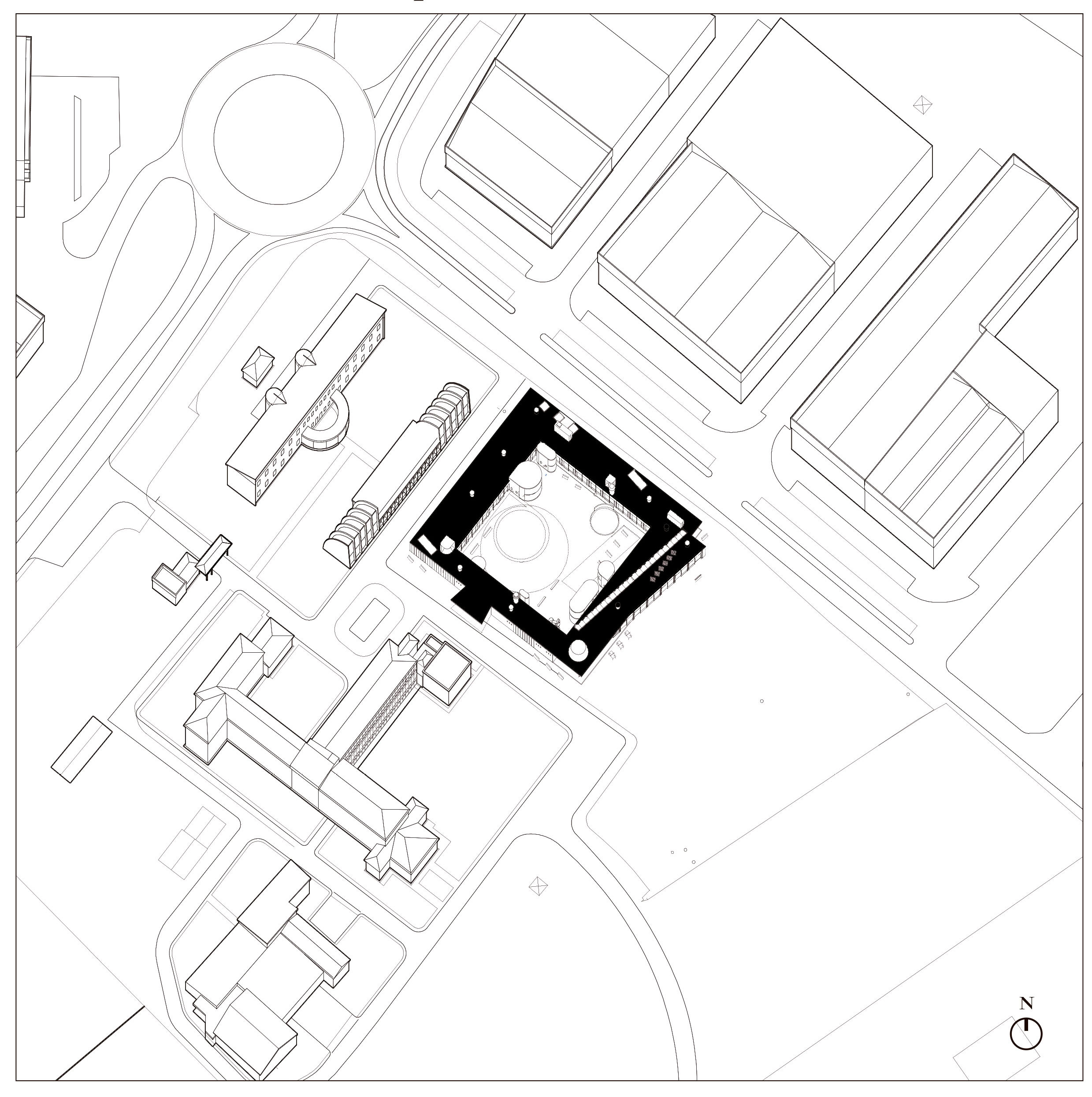 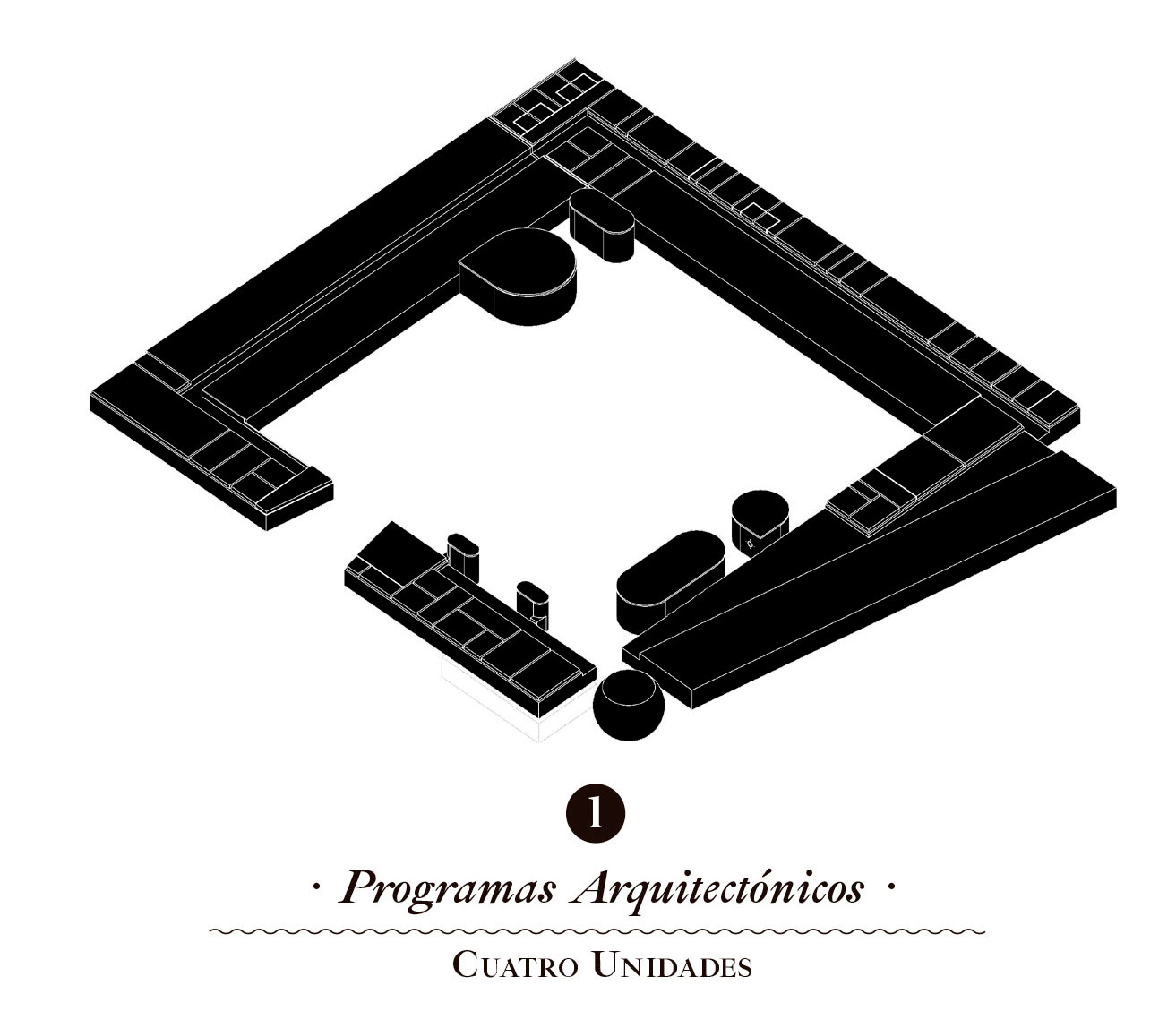 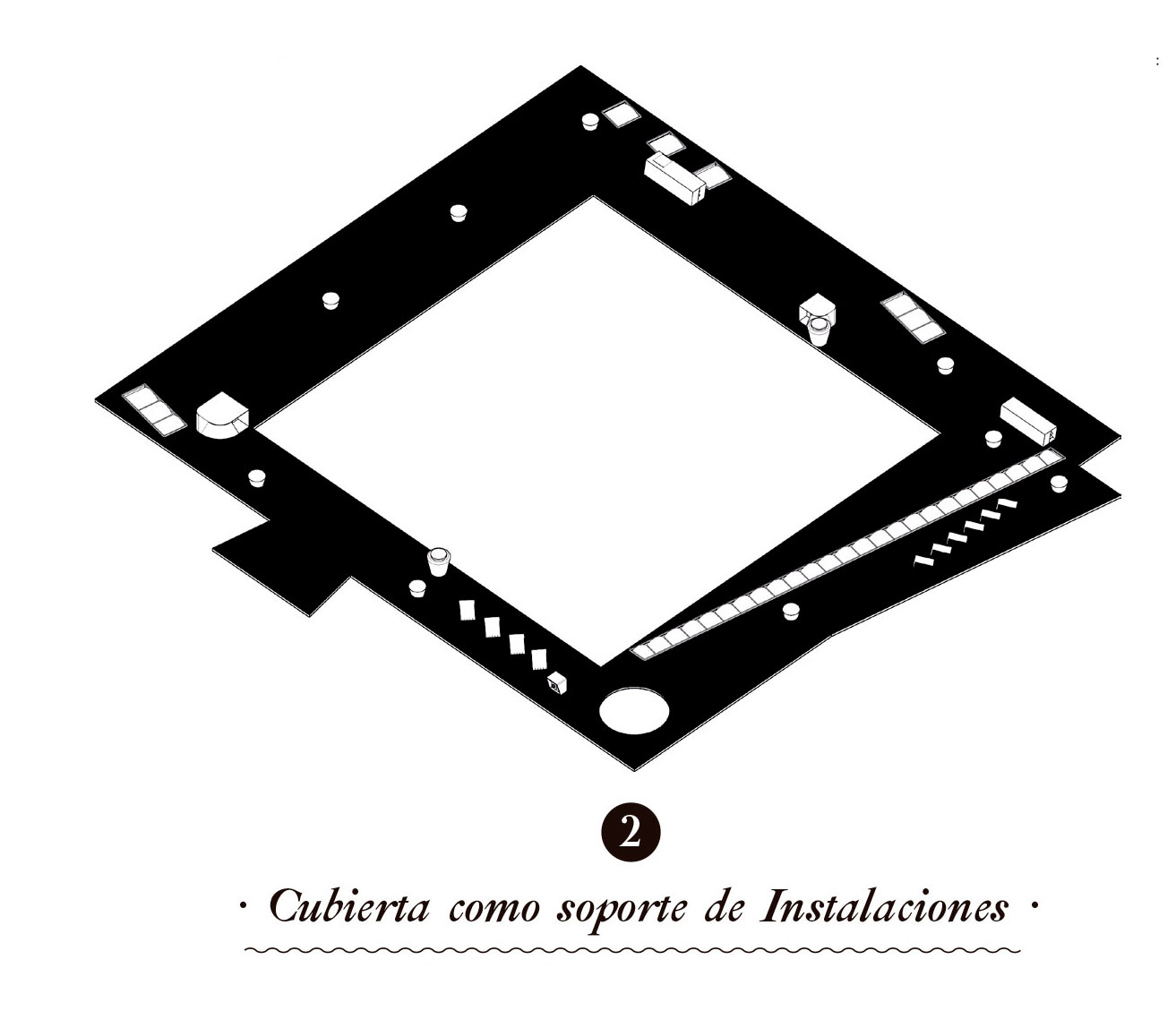 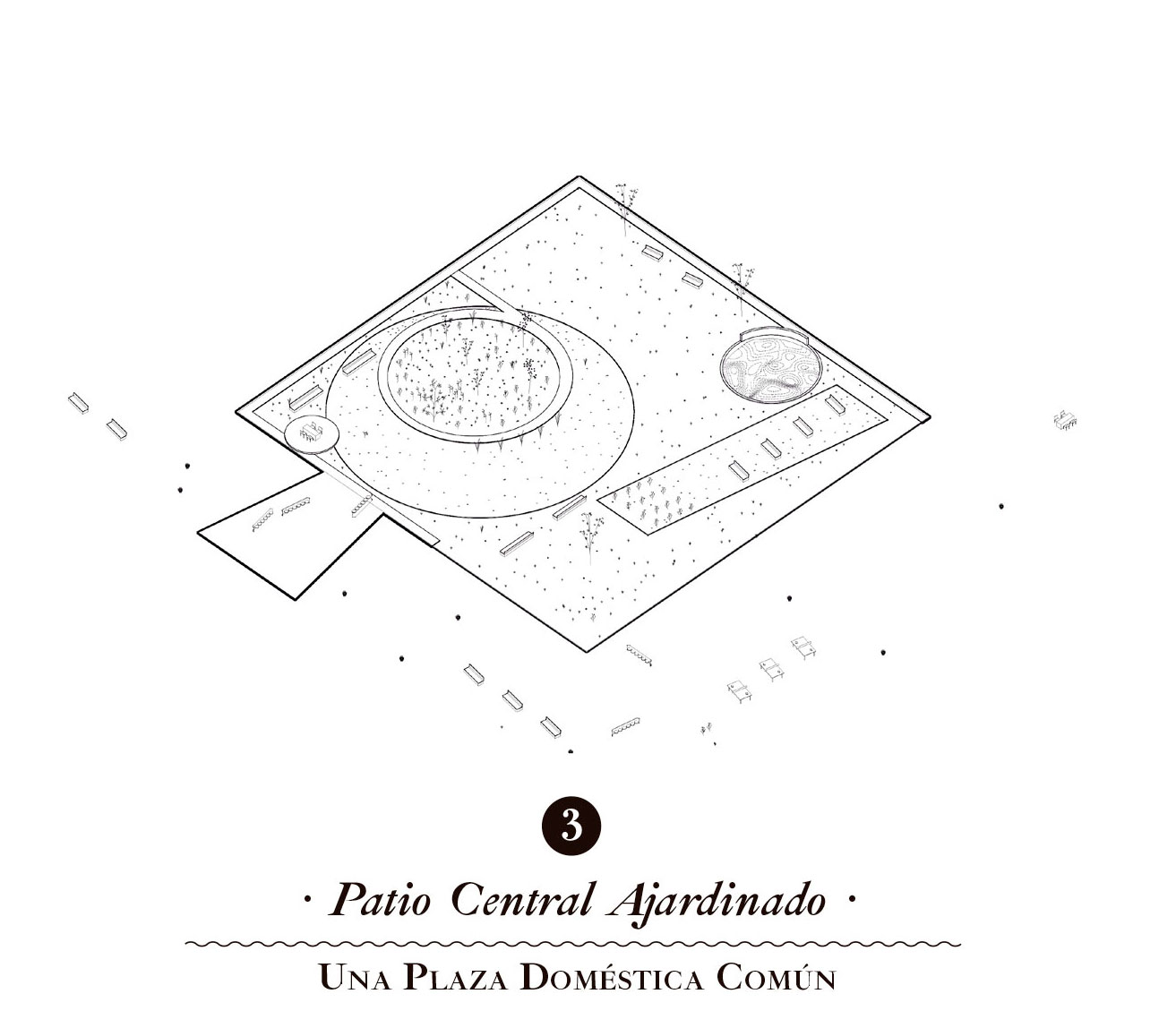 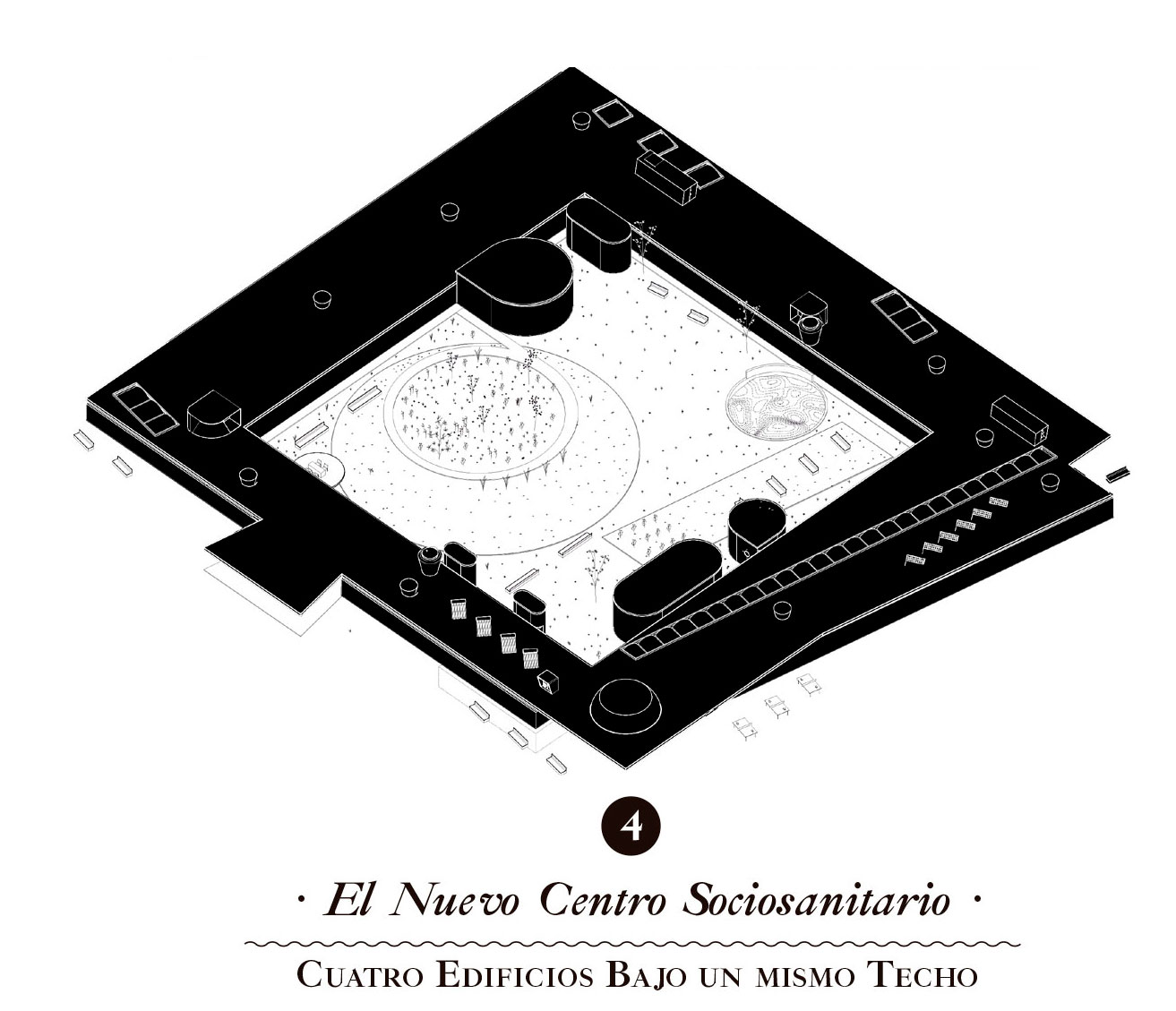 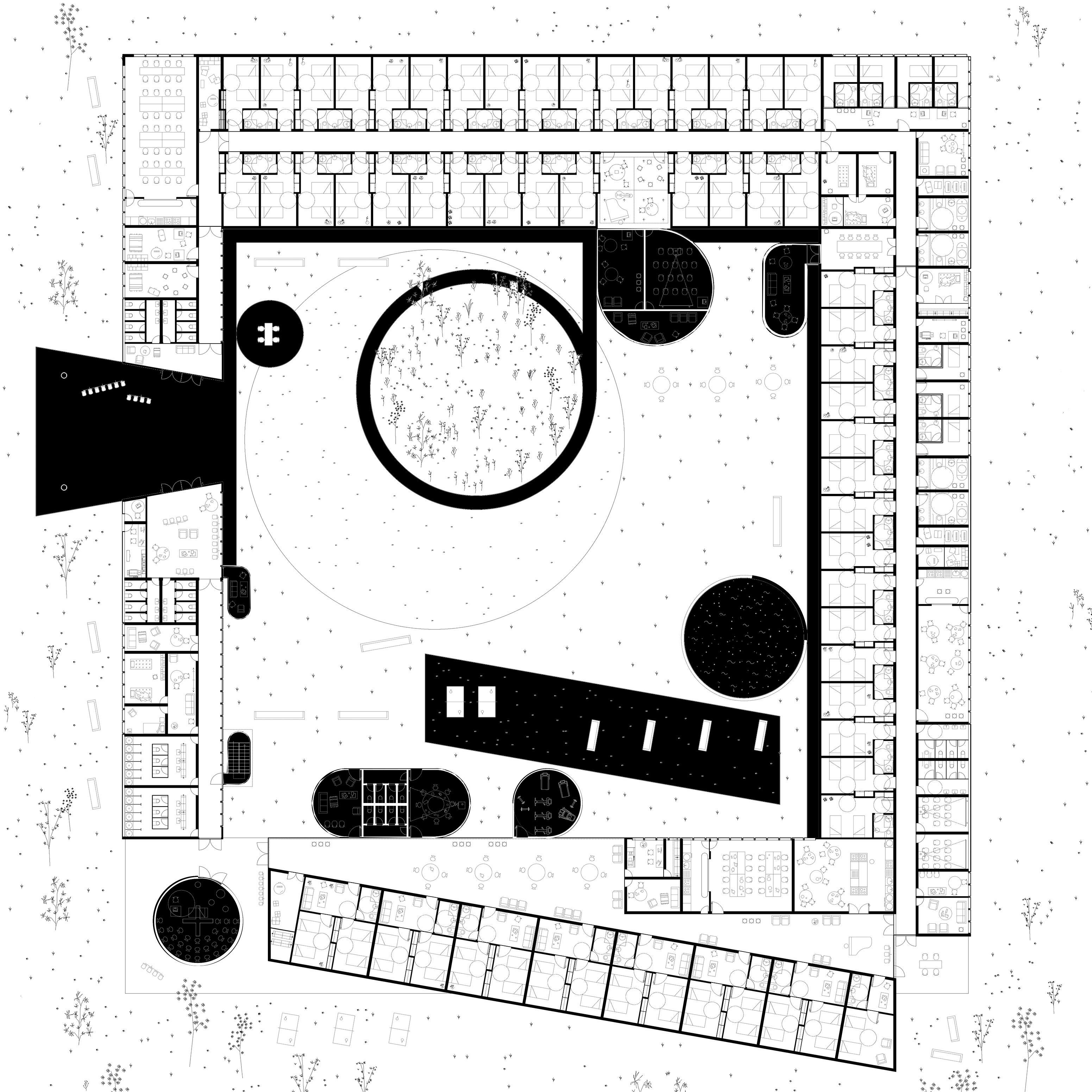 Main Plan: the Extension of the Social and Health Centre of Plasencia ⊗ ↑ 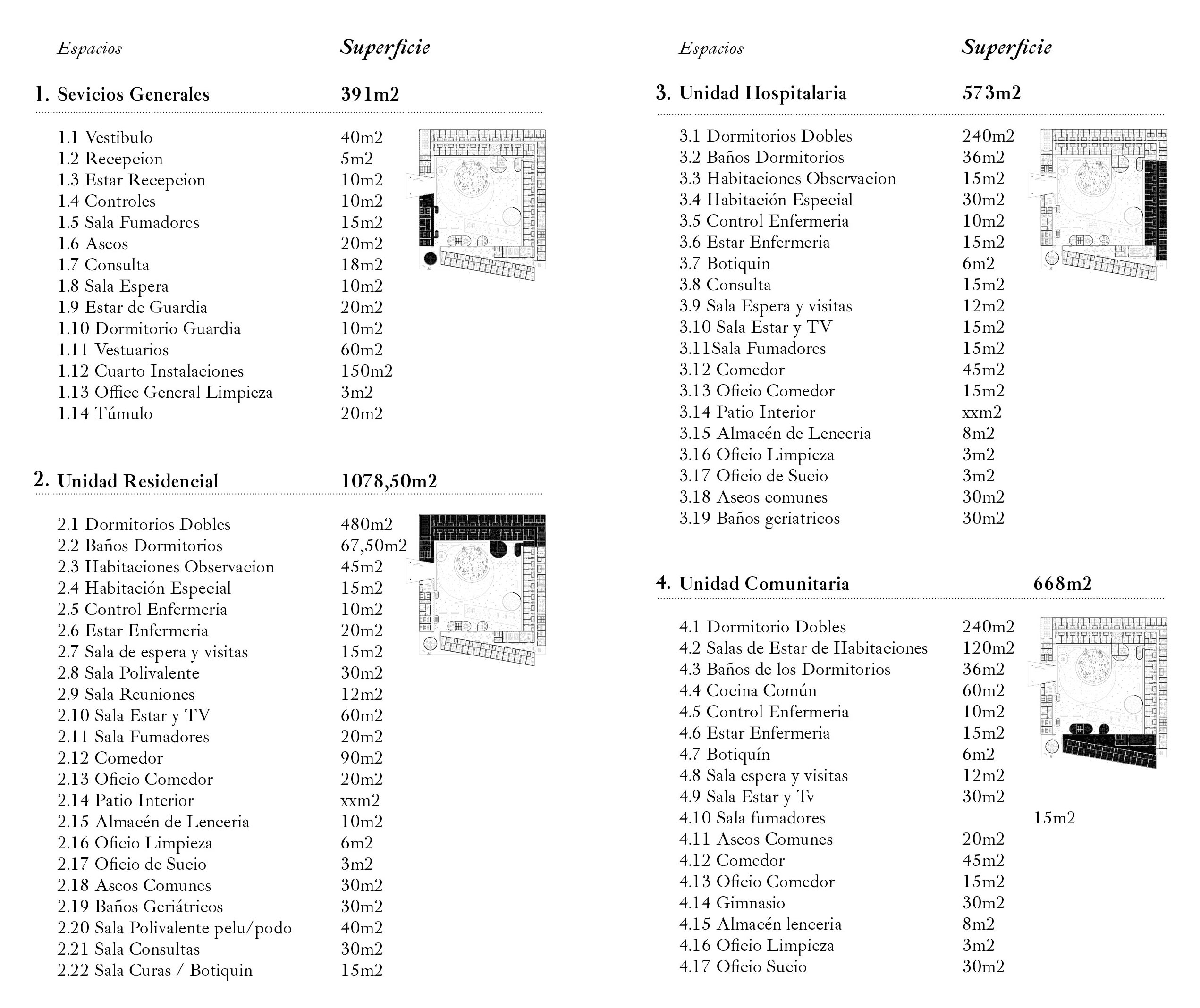 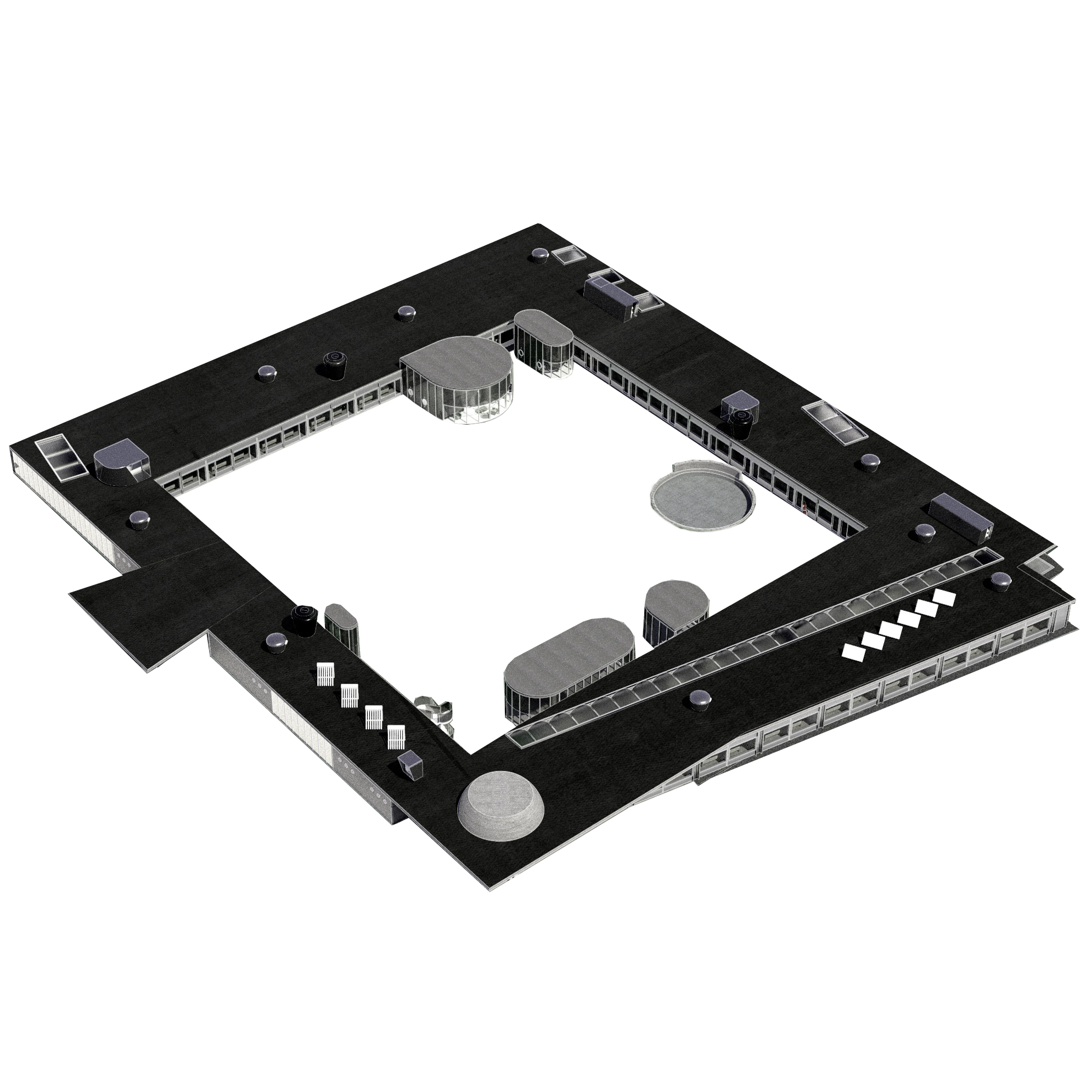 CSS Plasencia: Under a Common Roof ↑

Let there be more Light, from the album ‘a Saucerful of Secrets’
Pink Floyd {Tower Records, 1968}

The outer lock rolled slowly back 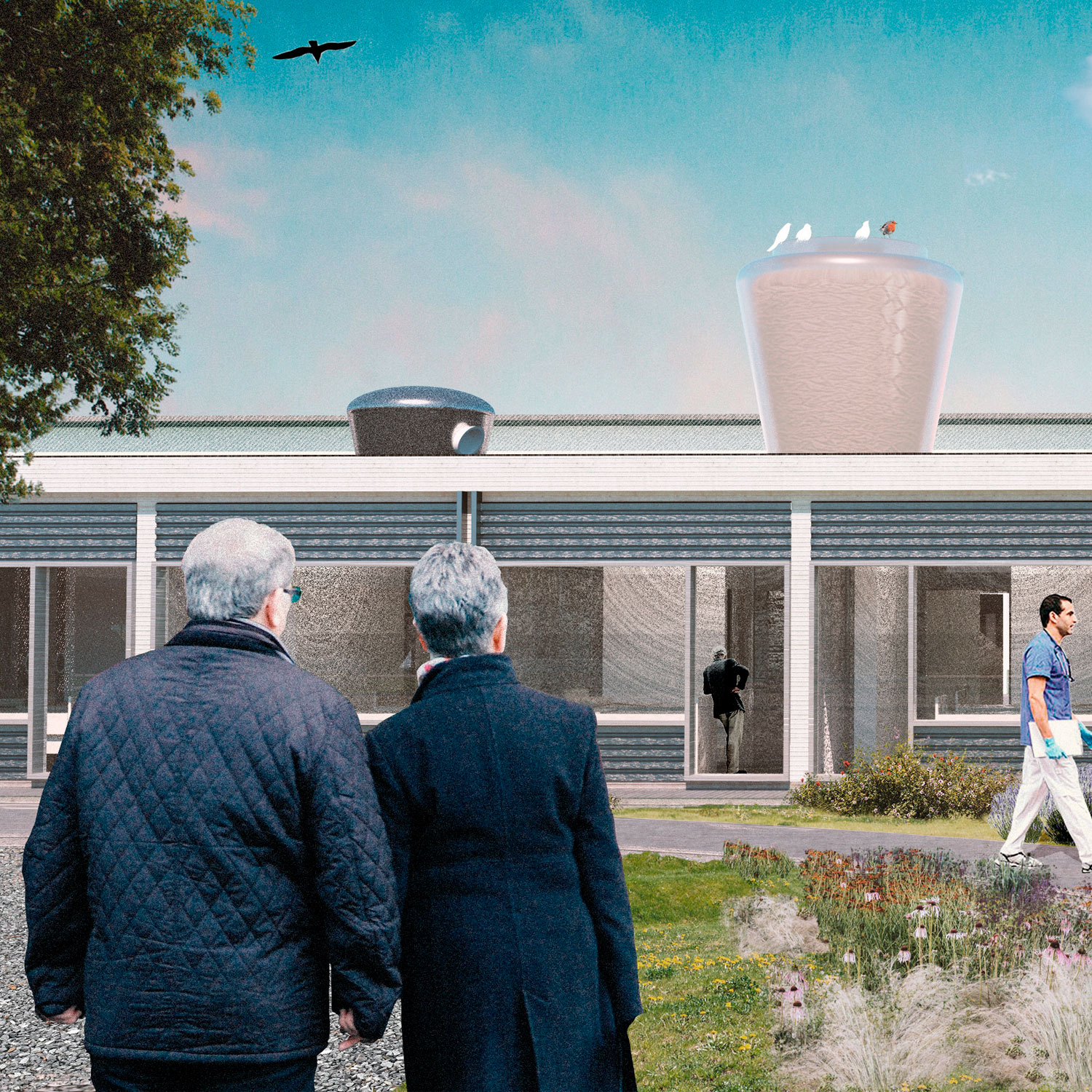 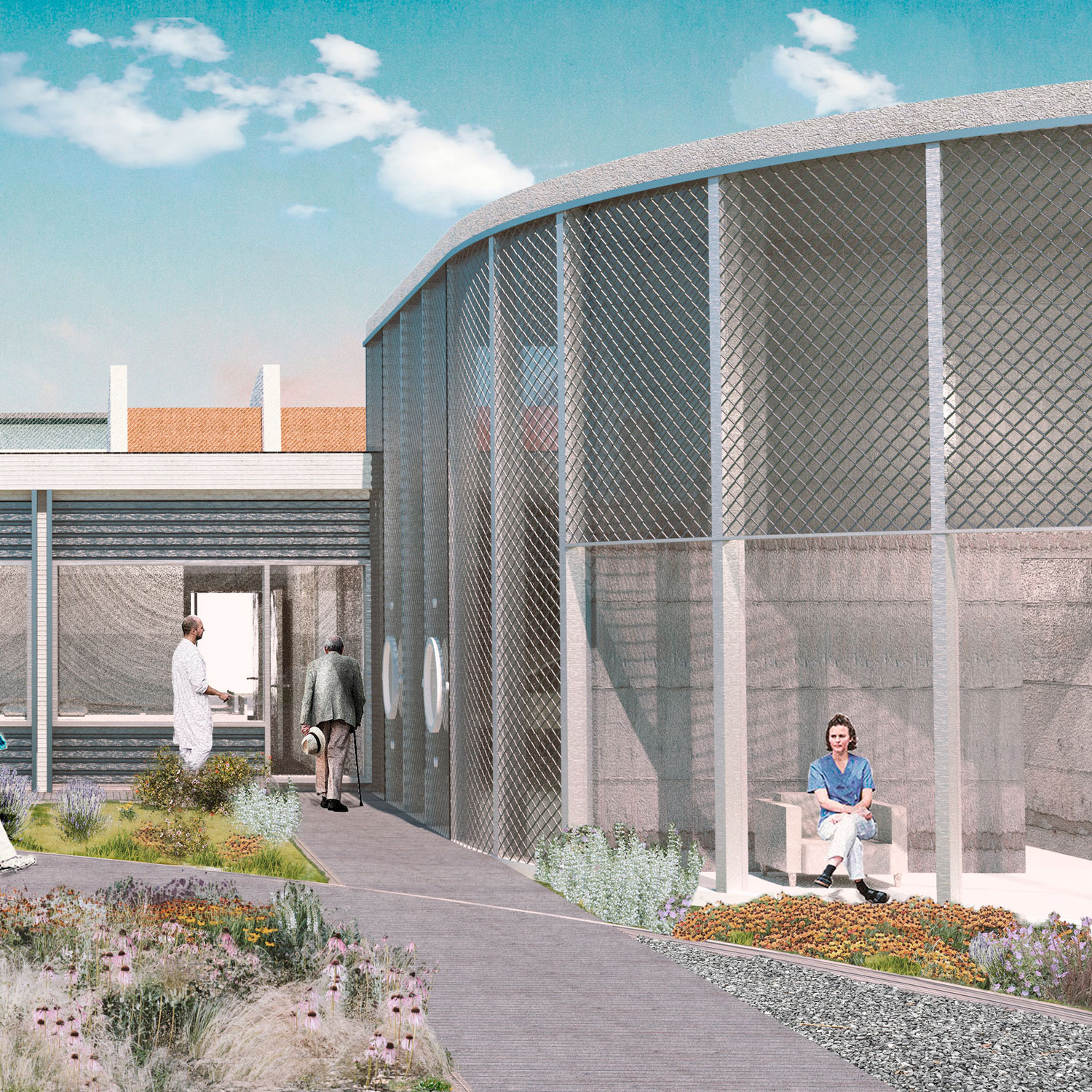 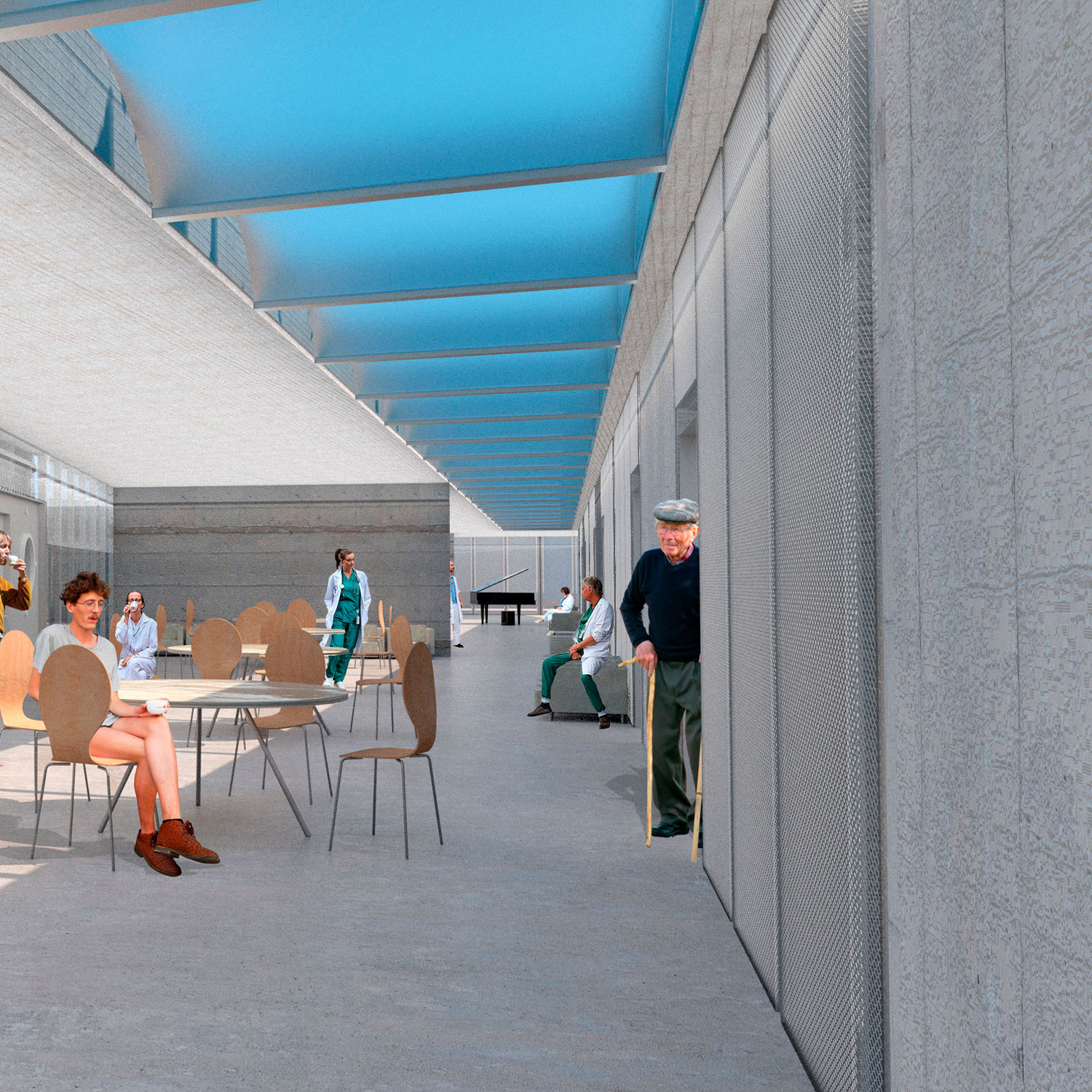