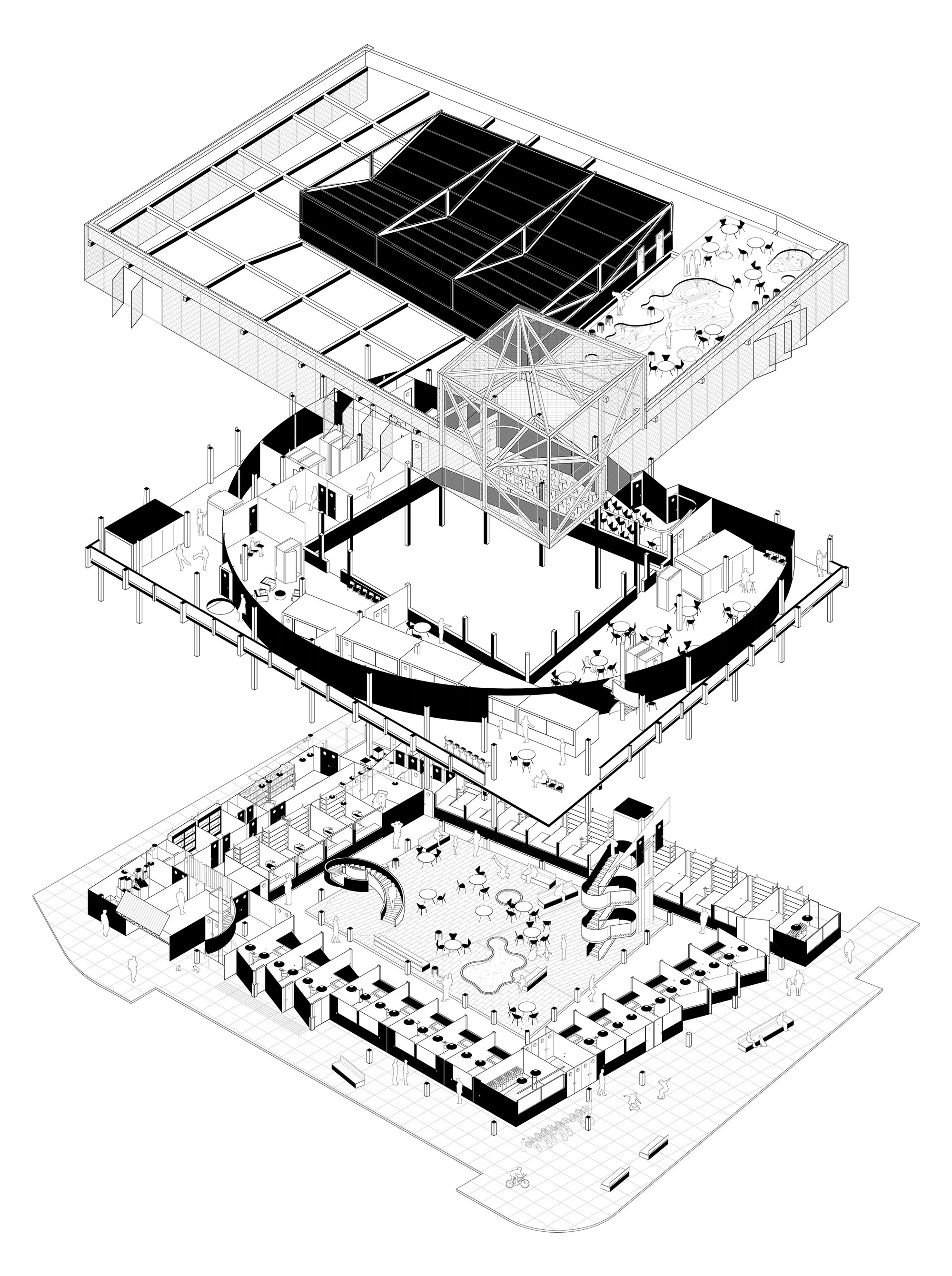 How to transform an existing building with a strong commercial program into a public space?

How to recover a large long lost space …?

And above all, how to convert such an interior space into an urban space, into a fragment of the city, into a ‘domestic square’ …?

Increasingly, our locations require unique places, multipurpose places that provide hybrid public contexts that adapt to the changing needs of users. Thus, conventionally, the versatility and reprogramming capacity of the urban space conflicts with the rigidity and specificity of the architectural pieces …

This project aims to reconcile both spheres, that of the urban and that of the architectural, proposing a device that incorporates characteristics of the public in an architectural interior.

The project is articulated around an essential action: recovering the double-height central space of the original building, transforming it into an “Interior Plaza”, into an authentic public space integrated into the urban life of Villanueva de la Serena. Thus, by liberating a large central space, it is possible to “domesticate a square”. Building a unique space that is between the urban and the domestic, between an interior and an exterior. This «Interior Plaza» is provided with a new translucent cover that protects the plaza from outside weather.

I took her
to
a
supermarket
I 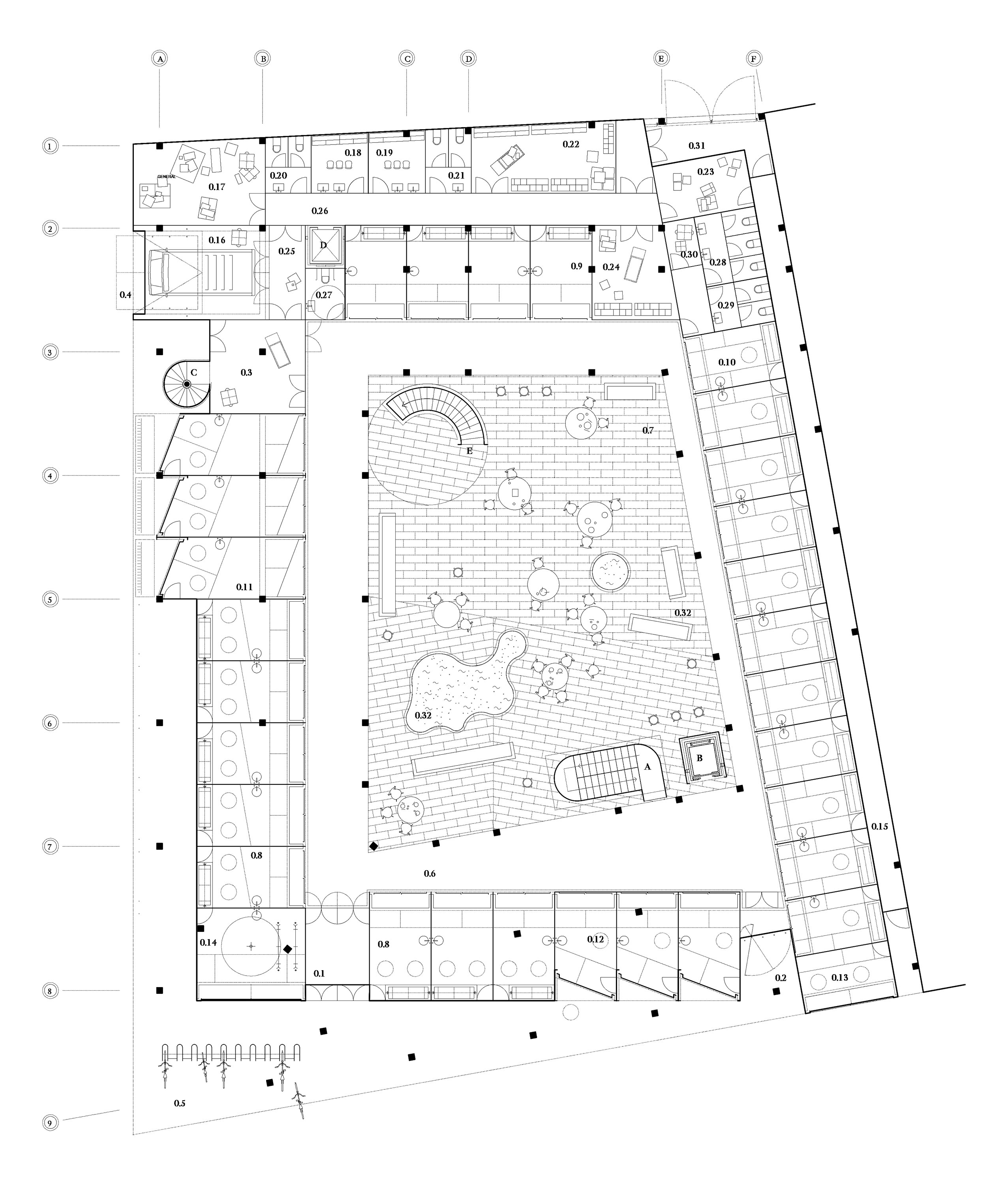 «pretend you’ve got no money» 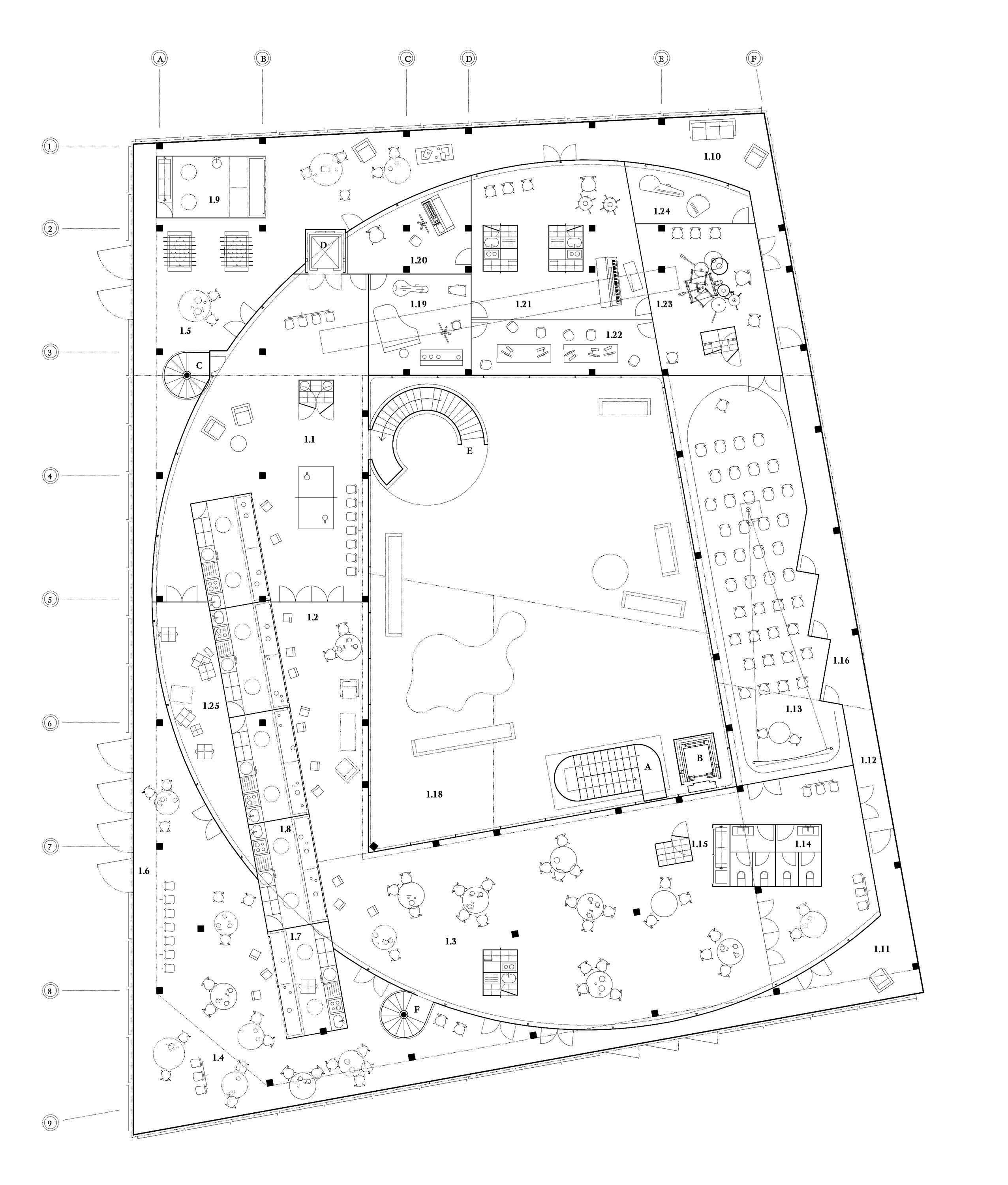 Well I can’t see anyone else smiling in here? 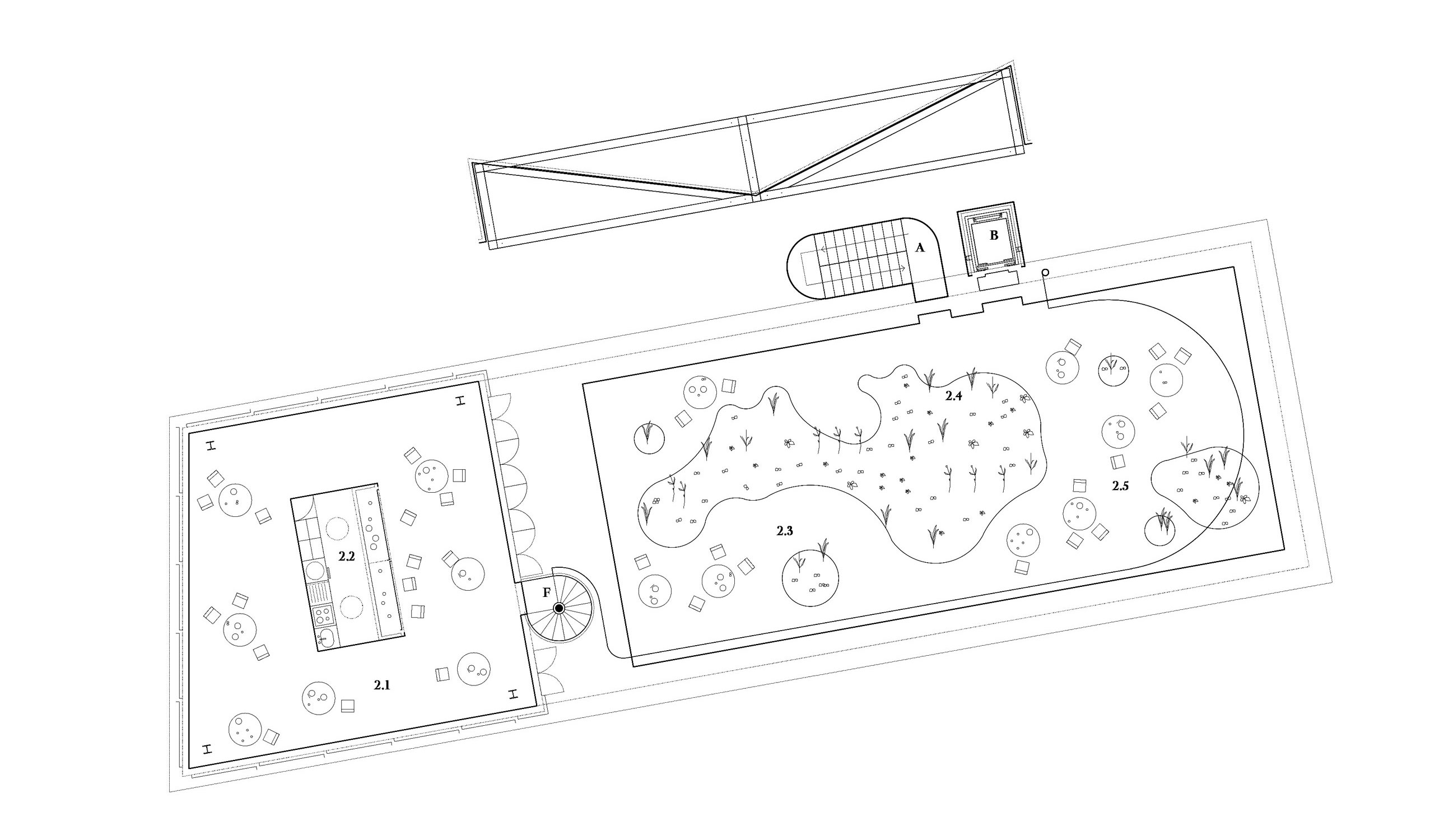 Cross Section: the Domestication of the Courtyard ⊗ ↑

Long Section: the Domestication of the Courtyard ⊗ Reprise ↑

Thus, the new ‘Mercado de Abastos’ for Villanueva de la Serena is proposed as an articulation of public areas around a large interior space that manages and incorporates a series of urban features. The building appears almost like a collage of public fragments of the city, which are cut out and assembled within the concrete structure of the existing building: a plaza in the center, a market around it, some restaurants on the first floor, music studios, a small cinema, a rooftop terrace…

The project proposes an architecture that has a vocation for urban planning. It is a building that compresses urban uses and scales them at the domestic level. It is almost like a tiny city. A social condenser that, like the street itself, like our squares, is in constant activity … and charges everything, in constant change. It is different in the morning, in the afternoon, at night; in summer or winter; yesterday, today…. and tomorrow. 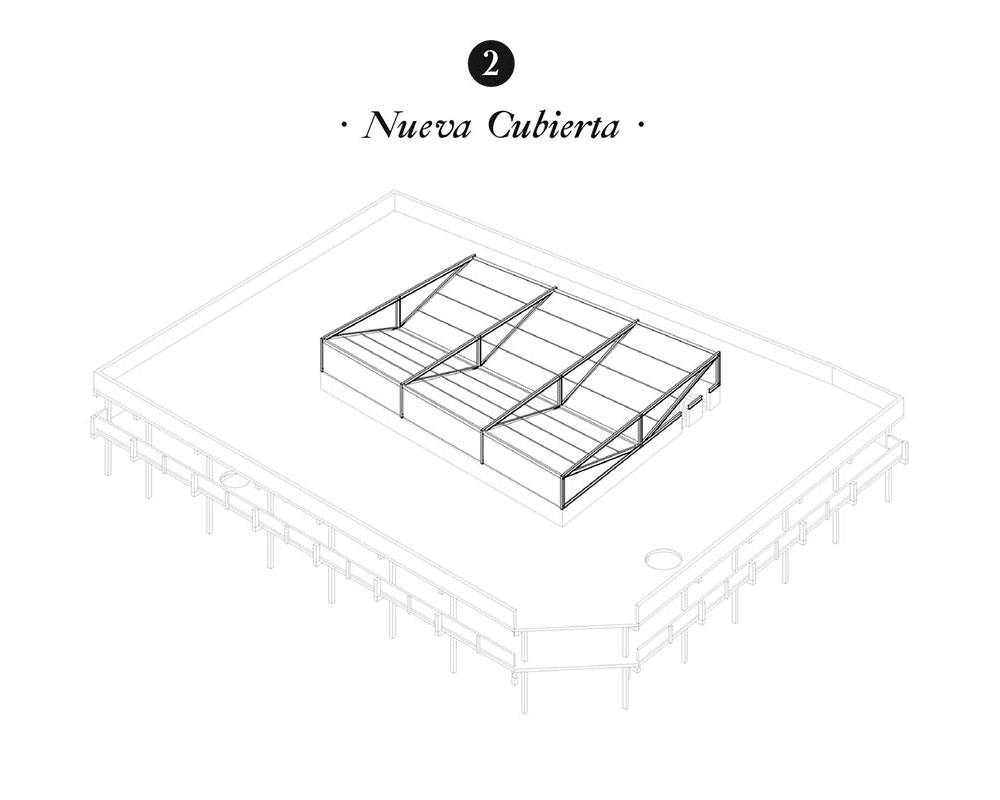 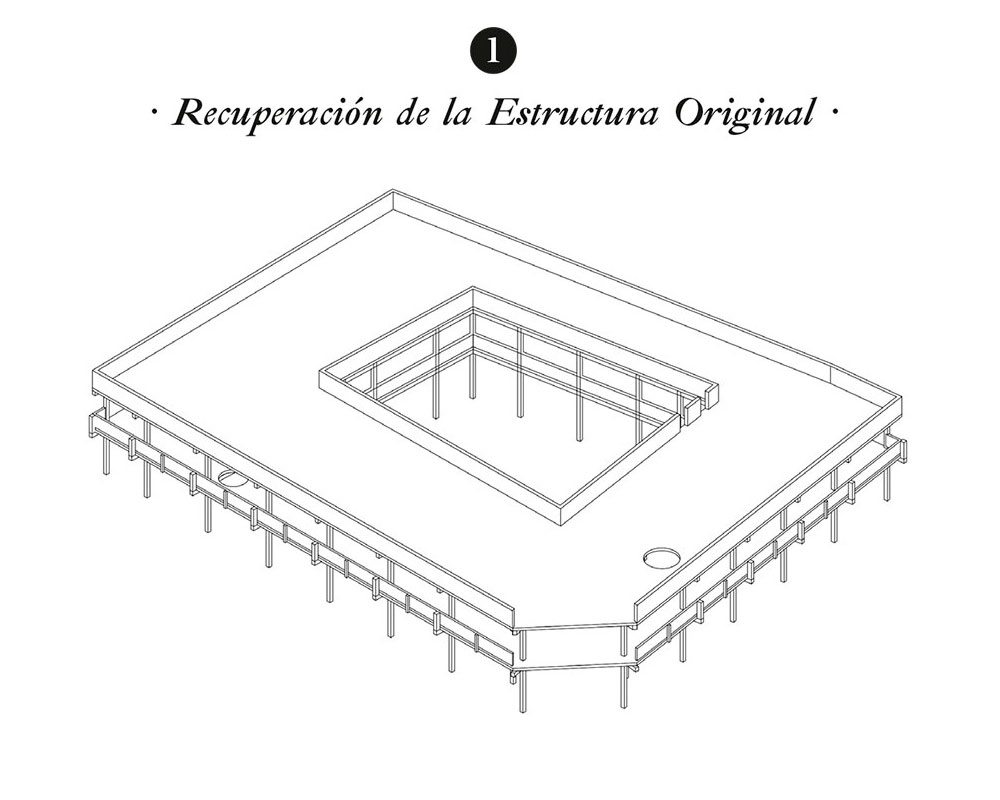 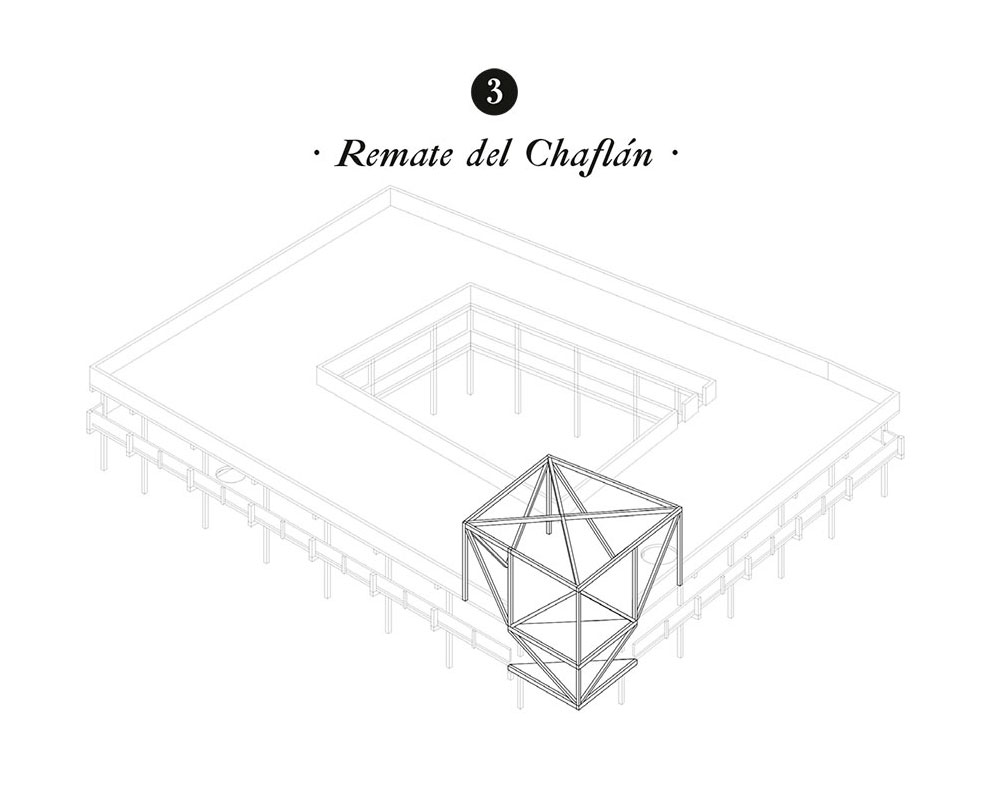 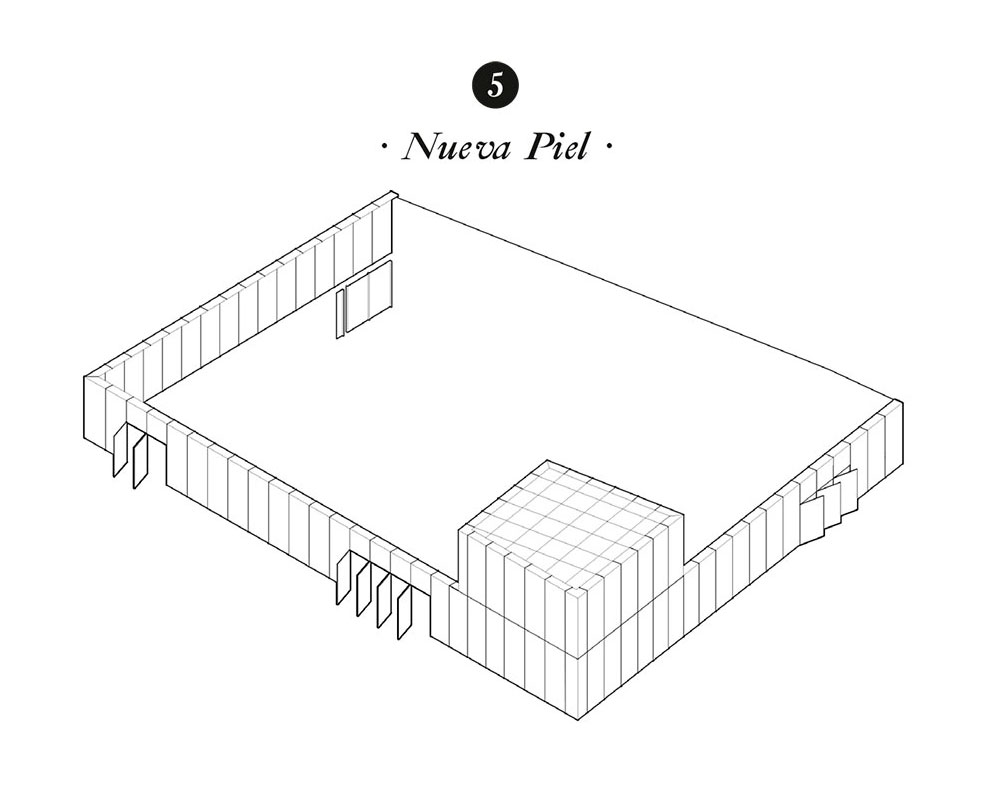 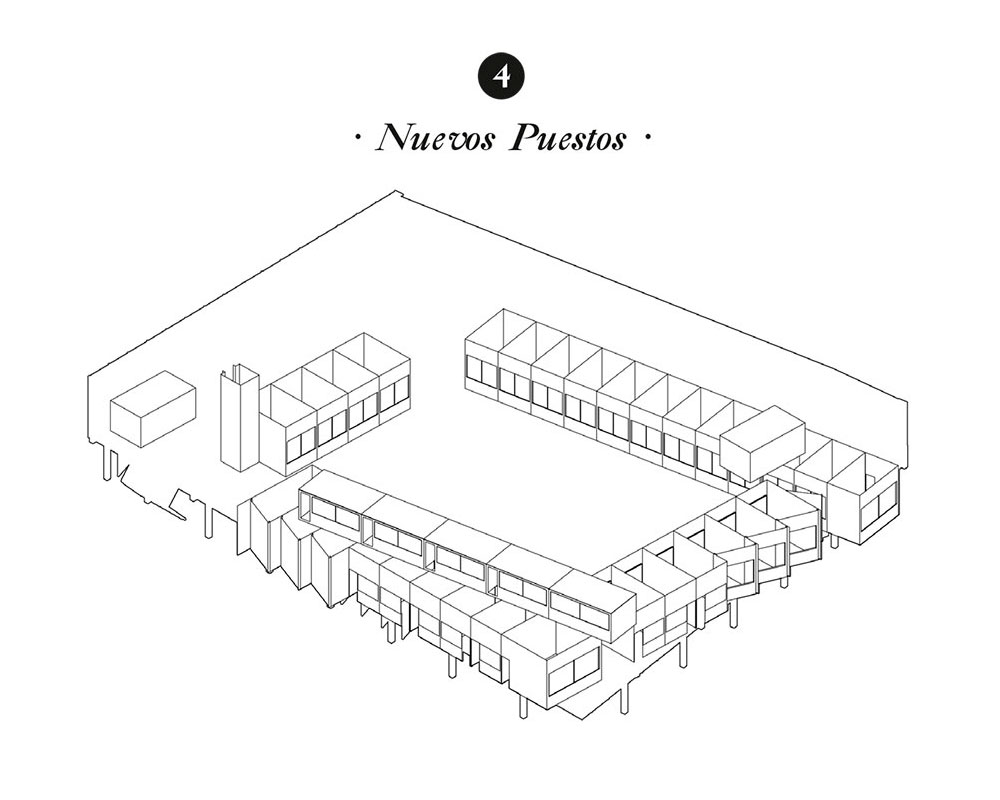 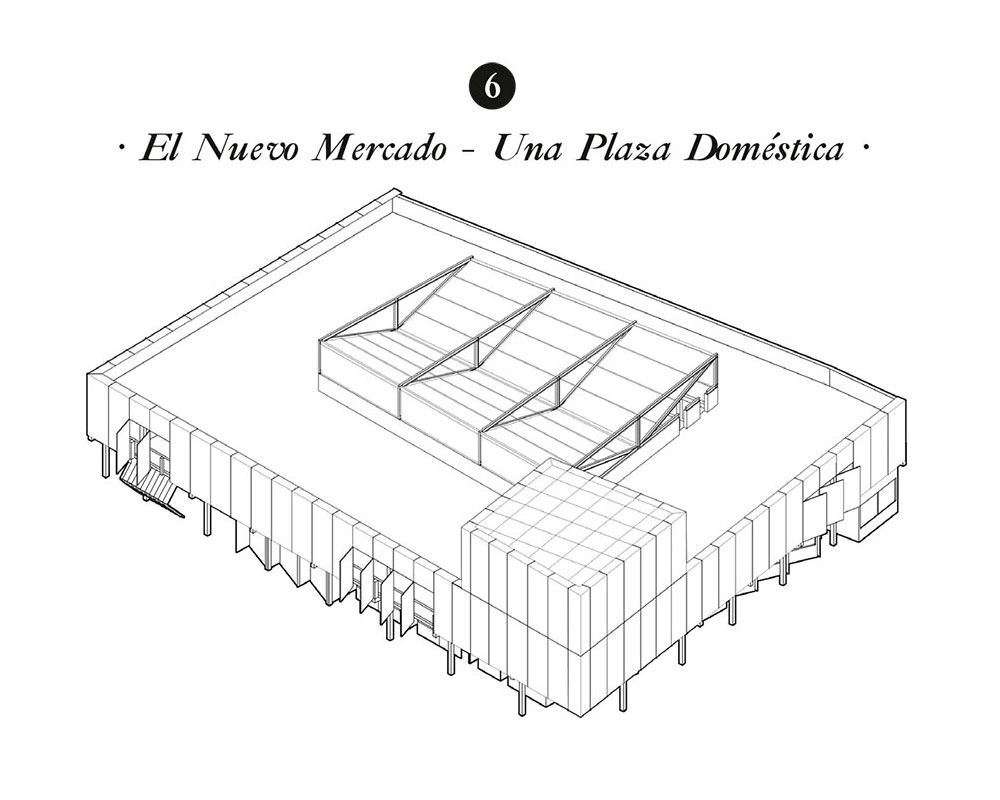 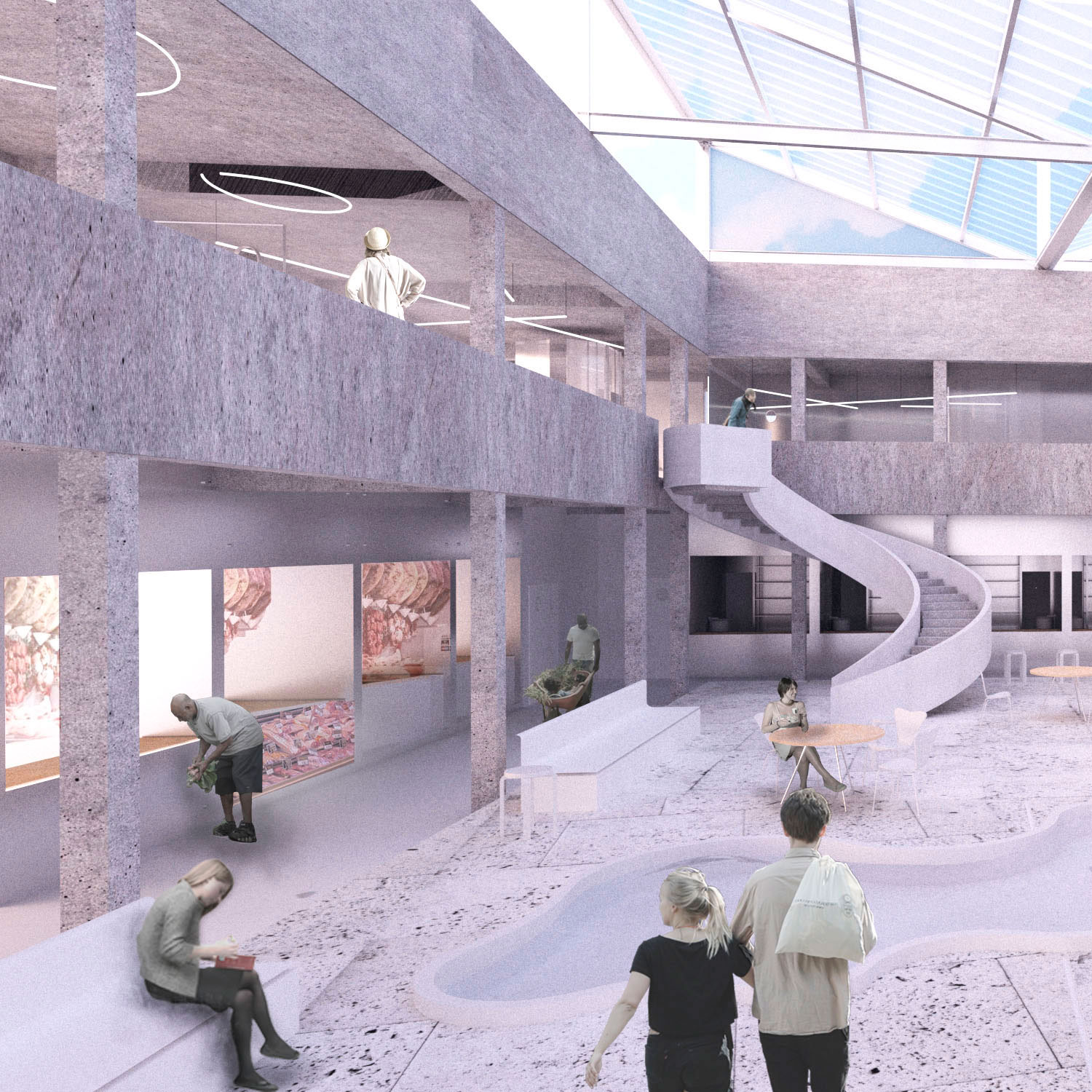 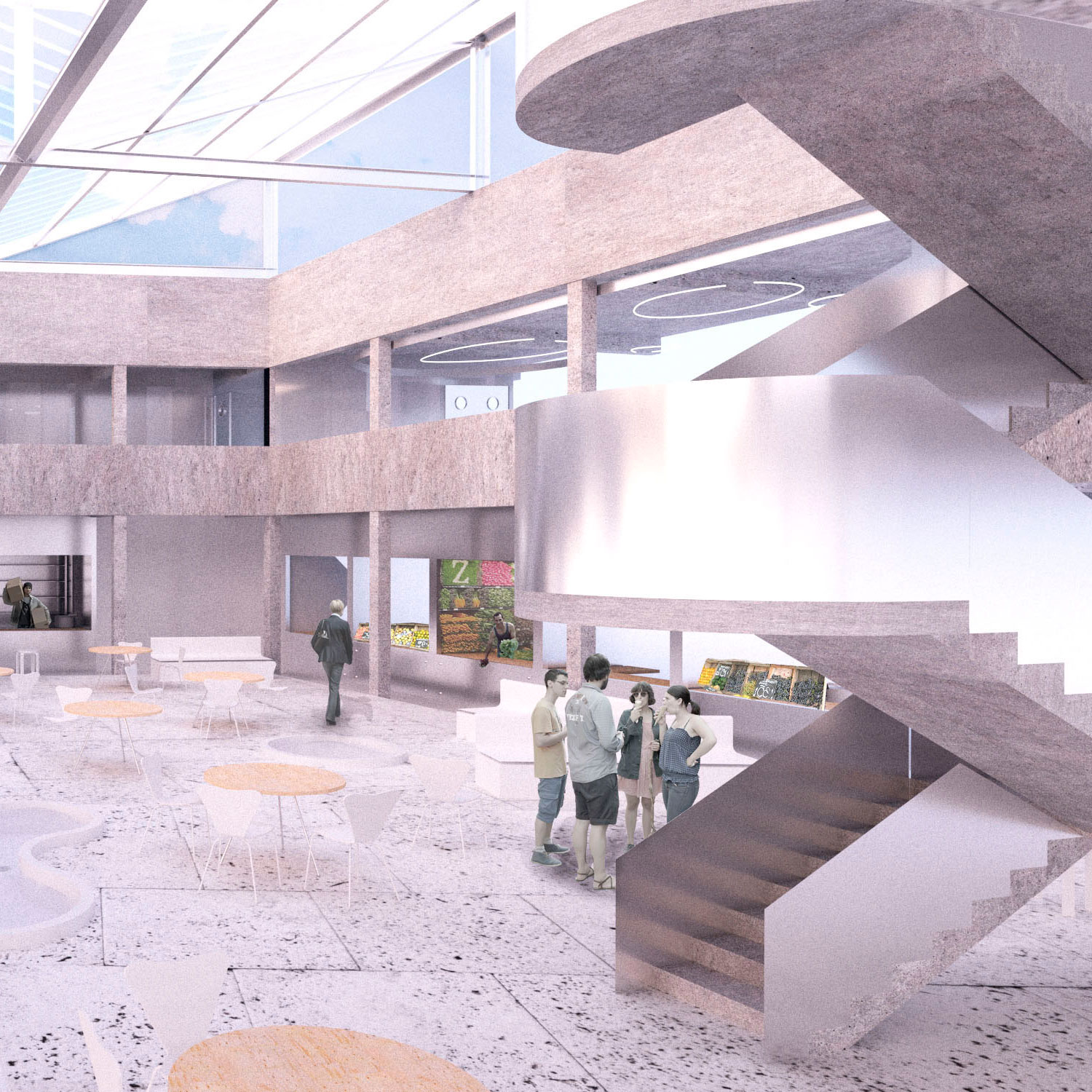